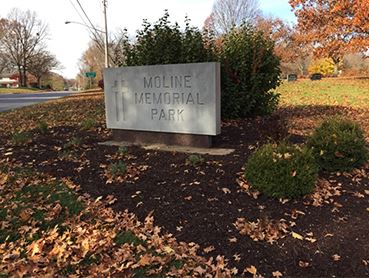 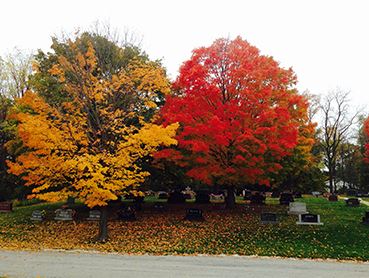 Due to Deere & Company expanding along the Mississippi River, The East Moline City Council approved an ordinance to close Watertown Cemetery on July 16, 1928. During the months of September and October 1928, 139 bodies were moved from Watertown Cemetery to Moline Memorial Park.

Shortly after the cemetery began operations the devastating international depression followed. Moline Memorial Park was plagued with financial difficulties from this point on. During the 1950’s Moline Memorial Park was receiving a lot of negative media attention due to lack of maintenance. The grounds were often not mowed or trimmed, resulting in lot owners doing the work themselves. The Moline Memorial Park Board made several efforts to sell to the Riverside Cemetery Board. The two Boards had several discussions over the years and the Riverside Cemetery Board continued to deny their request.